Buzzy Admin
Admin
posted on 5 years ago — updated on 3 months ago
4,396
views
Science
Sorry everyone, that big announcement is not aliens.

Scientists have discovered evidence for liquid salt water on the surface of Mars. 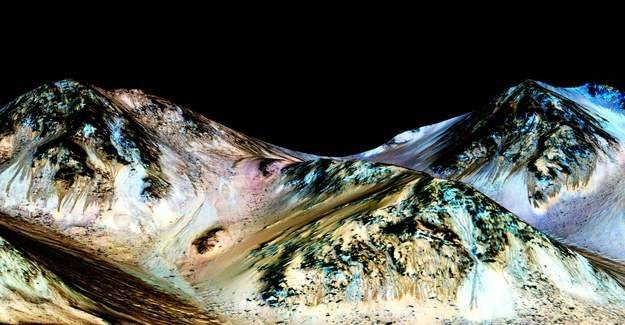 They’ve discovered that lines on the surface of the planet known as “recurring slope lineae” are formed when salt water trickles down slopes. Scientists thought that they might form this way, but now they have evidence to support this idea.

Their study was published today in the journal Nature Geosciences.

Using a new technique, scientists were able to detect the presence of “hydrated salts” in the lines. 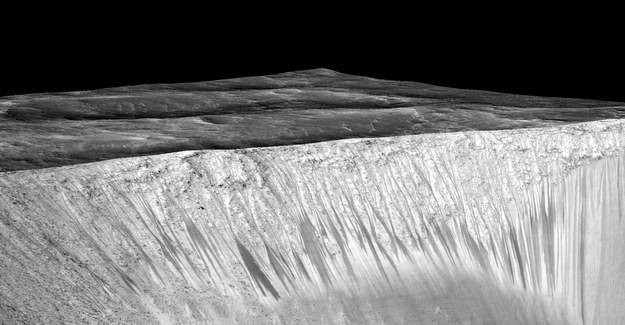 Lujendra Ojha, a grad student at Georgia Institute of Technology, Atlanta, and colleagues analysed data from an instrument onboard NASA’s Mars Reconnaissance Orbiter. They found these salts in four different locations where the lines are present, and not in surrounding areas, suggesting that the lines are formed by salt water.

The researchers wrote in their paper: “Our findings strongly support the hypothesis that recurring slope lineae form as a result of contemporary water activity on Mars.”

Finding water on Mars is a big deal because it gives us somewhere to start looking for life.