root
Admin
posted on 7 years ago
6,006
views
Happy Batman Day! Celebrate with five of the Dark Knight's strangest, most unexpected stories, proof that the Christopher Nolan approach isn't the only way to go. 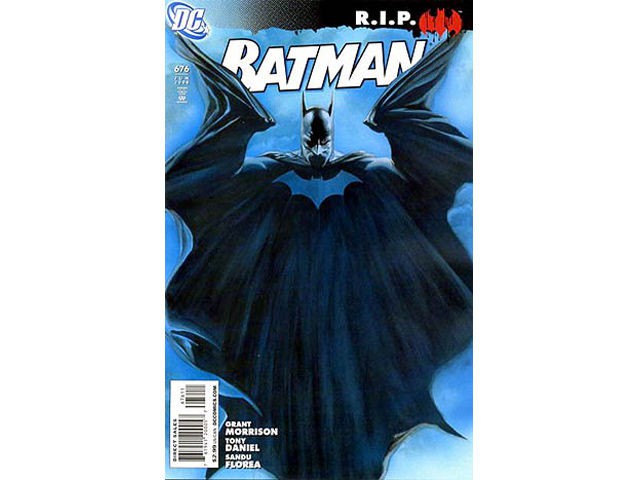 DC Comics
Grant Morrison has turned out some of the most creative, mind-blowing comic book stories of the last half-century. His genius premise for Batman: What if all of the different versions of Batman over the years ('50s sci-fi, '60s sunny kid-friendly adventures, the dark turn of the '80s) all happened to the same person? Does that mean Batman is actually insane? The “RIP” arc, which culminates in the first part of Morrison’s run, sets out to answer that question. A shadowy international cabal of villains (including a twisted hunchback doctor, an Italian Joker knockoff named “Caligula,” and a guy with a sombrero) plots the utter humiliation and destruction of Batman. In order to fight off both their plans and his own rapidly deteriorating sanity, Bruce ends up donning a yellow-and-red makeshift Batsuit made of dirty rags and calling himself “the Batman of Zur-Enn-Arrh.” You kind of have to read it to believe it. 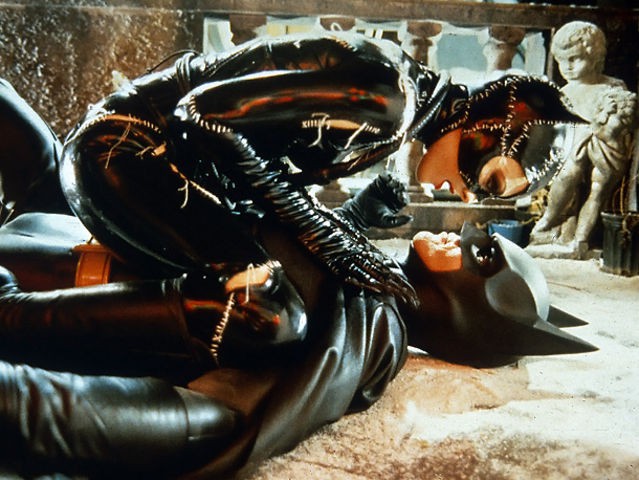 Warner Bros
Tim Burton’s first Batman movie laid the groundwork for all that have come after. As portrayed by Michael Keaton, Burton’s Batman had no qualms about killing criminals and first popularized the model of dark, gritty Batman movies that followed. In the much-anticipated sequel, Burton was tasked with providing another summer blockbuster and instead took things even further into his own warped dreamscape. Pretty much every character in this movie wears eyeliner and leather, and the use of sets instead of location shooting creates the enclosed, claustrophobic atmosphere of a Gothic fever dream. Burton and Danny DeVito transform Penguin from Batman’s goofiest enemy into a tragic referendum on being an outsider. It’s the weirdest superhero movie of all time, and makes you wish other superhero movie directors were allowed to take the characters this deep into their own personal aesthetic. 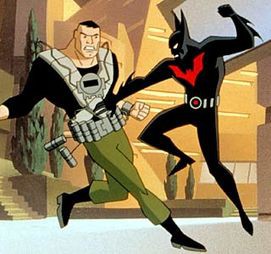 DC Animation DC Animatio
Does Batman always have to be Bruce Wayne? 'Batman Beyond' breaks with conventional Batman wisdom right from the get-go by suggesting, maybe not. Young Terry McGinnis dons a high-tech Batman suit (under the guidance of an elder Bruce) to take on the villains of this cyberpunk future, from a radioactive businessman to an assassin made of ink. The genre transplant that results (Batman as the hero of a sci-fi dystopia) is basically unique in the Bat-canon, but it works because DC cartoon mastermind Bruce Timm grounds everything in Batman’s history and relationships. 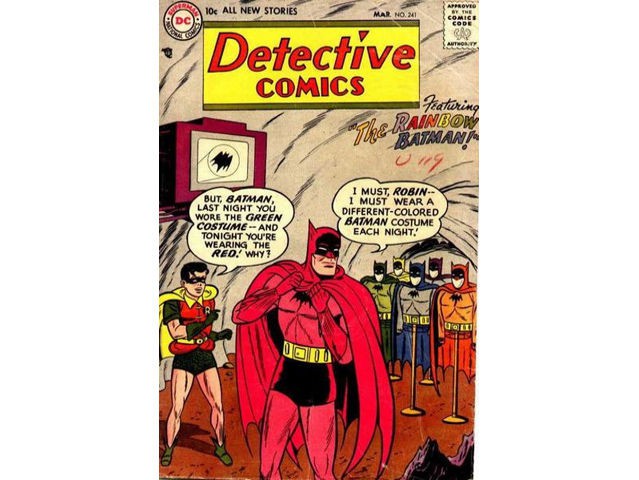 DC Comics
Most of Batman’s stories from the '40s and '50s have been largely ignored from the canon since they don’t fit the recent decades-long industry vogue for violence and antiheroes. These stories are far from worthless, though. They’re colorful, wacky, and fun, especially when they don’t make sense. One beautiful example was this old story in which Batman has to keep cycling through different colored Batsuits in order to catch camera-stealing thieves. Does that really make sense? No. Who cares? It’s a comic book! Have some fun with it. Not every story has to be dark. 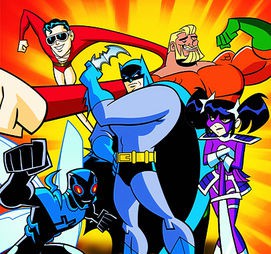 DC Entertainment
By pairing Batman up with another superhero each episode, 'Brave and the Bold' demonstrated that Batman doesn’t need to be restricted to urban crime stories or apocalyptic death matches. He can drink milkshakes with Metamorpho and fight talking gorillas with Plastic Man, without losing his roots as a dedicated avenger of justice. One episode went meta with this when the interdimensional imp (and number one Batman fan) Bat-Mite broke the fourth wall to defend the series’ unique tone against hypothetical fanboys: “Batman’s rich history allows him to be interpreted in a multitude of ways.”