root
Admin
posted on 4 years ago — updated on 3 weeks ago
4,869
views
Politics News
The most powerful nation on earth is about to elect a new leader, with the impact felt across the globe. So how will the election work and how did we end up with Donald Trump and Hillary Clinton? 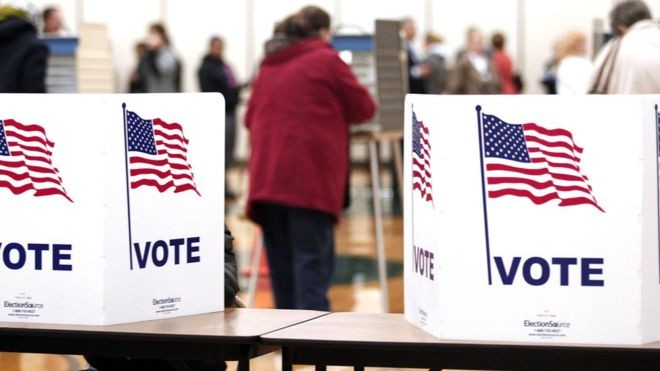 When the US picks its president, it is not only choosing a head of state but a head of government and a commander-in-chief of the largest military on the planet.

It's a big responsibility. So how does the process work?

Who can be president?

Technically, to run for president, you only need to be "a natural born" US citizen, at least 35 years old, and have been a resident for 14 years.

Nearly every president since 1933 has been a governor, senator, or five-star military general. And that's before you even consider getting a party nomination and securing national media attention.

In this 2016 election, at one stage there were 10 governors or former governors and 10 who are or were senators, although many have since dropped out.

One person is nominated to represent the Republican and Democratic parties in the presidential election.

Why is it Hillary Clinton v Donald Trump?

A series of elections are held in every state and overseas territory, starting in February, which determine who becomes each party's official presidential candidate.

The winner of each collects a number of "delegates" - party members with the power to vote for that candidate at the party conventions held in July, where candidates are formally confirmed.

The more state contests a candidate wins, the more delegates will be pledged to support them at the convention.

Democrat Hillary Clinton and Republican Donald Trump were the clear winners in 2016 and were officially nominated at their party's conventions in July.

They are two of the most unpopular candidates in modern American history.